Hougang United FC returned to the top of the league table after their narrow 1-0 victory over Warriors FC at the Choa Chu Kang stadium last night thanks to a goal from reigning S.League Player of the Year Fumiya Kogure.

Coach Bala retained the same starting line-up that took the field in the 3-1 win over Geylang International FC and took full control of the 1st half stroking the ball around confidently on the lush green pitch.

The Cheetahs had their 1st shot of target when a cut back by Captain Jozef Kaplan found Stiple Plazibat whose stinging shot was palmed away by veteran goalkeeper Yazid Yasin.

But they were not to be denied in the 18th minutes when after breaking down a Warriors attack, Raihan Rahman launched a high ball over the Warriors defense to Jozef who broke the offside trap. Jozef again unselfishly played the ball to a fast supporting Fumiya Kogure who side stepped passed Emmeric Ong and was allowed time and space to curled his shot into the top corner from 25 yards out leaving Yazid grasping in thin air for his 1st goal in Hougang color.

Warriors FC came close to an equalizer after the restart when Jonathan Behe went on a run down the left flank and sent in a low cross towards Hafiz Nor but before Hafiz could apply the finishing touch, Faiz Salleh hacked the ball away from the goal line to preserved the 1 goal lead.

The Cheetahs almost went 2 goals up when Nazrul Nazari went on a marauding run down the right flank and his cross into the box was dumied by Jozef to Stipe who did not connect well and the chance went begging.

Stiple Plazibat had a penalty call waved away by referee Ravisanthiran when a long ball was again played behind the Warriors defense. Kento Fukuda allowed the ball to bounce and Stipe seized the opportunity to get to the ball ahead but as he was about to pull the trigger, he was nudge from the back by the big Japanese defender and lost his footing.

Jonathan Behe, the striker that had scored in every match this season, was kept very quiet by M.Anumanthan. Anu kept him on a tight leash and battled for every ball that found Behe and the Frenchmen soon found him a tough nut to crack with not a single shot on target for the night.

Captain Jozef found himself at the other end of the pitch with an opportunity to break his drought but could only see his shot saved by Yazid after the custodian got down fast to smoother his left foot shot at the near post.

After the 2nd half resumed, Warriors FC came out firing on all cylinders. Hafiz Nor had numerous shots on goal from distance but it didn’t trouble Khairulhin Khalid as they found the netting behind the goal. And when Khairulhin was beaten by a freekick from Nicola Rak in the 59th minutes, the crossbar came to Hougang rescue as the ball cannoned off the bar and went behind for a goalkick.

Nicola Rak freekick that found the back of the high netting.

Last throw of the dice

Warriors FC coach Jorg Steinebrunner brought on Ignatius Ang in the 78th minutes and the substitute twice went close to find the equalizer but he could only side foot captain Zulfadli Zainal cutback agonizingly wide albeit a slight deflection from Stipe.

Ignatius must have thought he had done enough to get his name on the scoresheet when he headed Zulfadli deep cross towards goal in the 86th minutes but again the ball hit the underside of the crossbar and Behe could only sent the rebound over the bar from 3 yards out.

Referee Ravisanthiran blew for full time and the Cheetahs went back to the top of the league table after claiming their 5th victory as well as 5th clean sheet from the 1st round of 8 matches.

The Cheetahs will be back in action in the 2nd round of the S.League competition on 29 April 2016 against Home United FC at the Jalan Besar stadium in a “Live” telecast match. 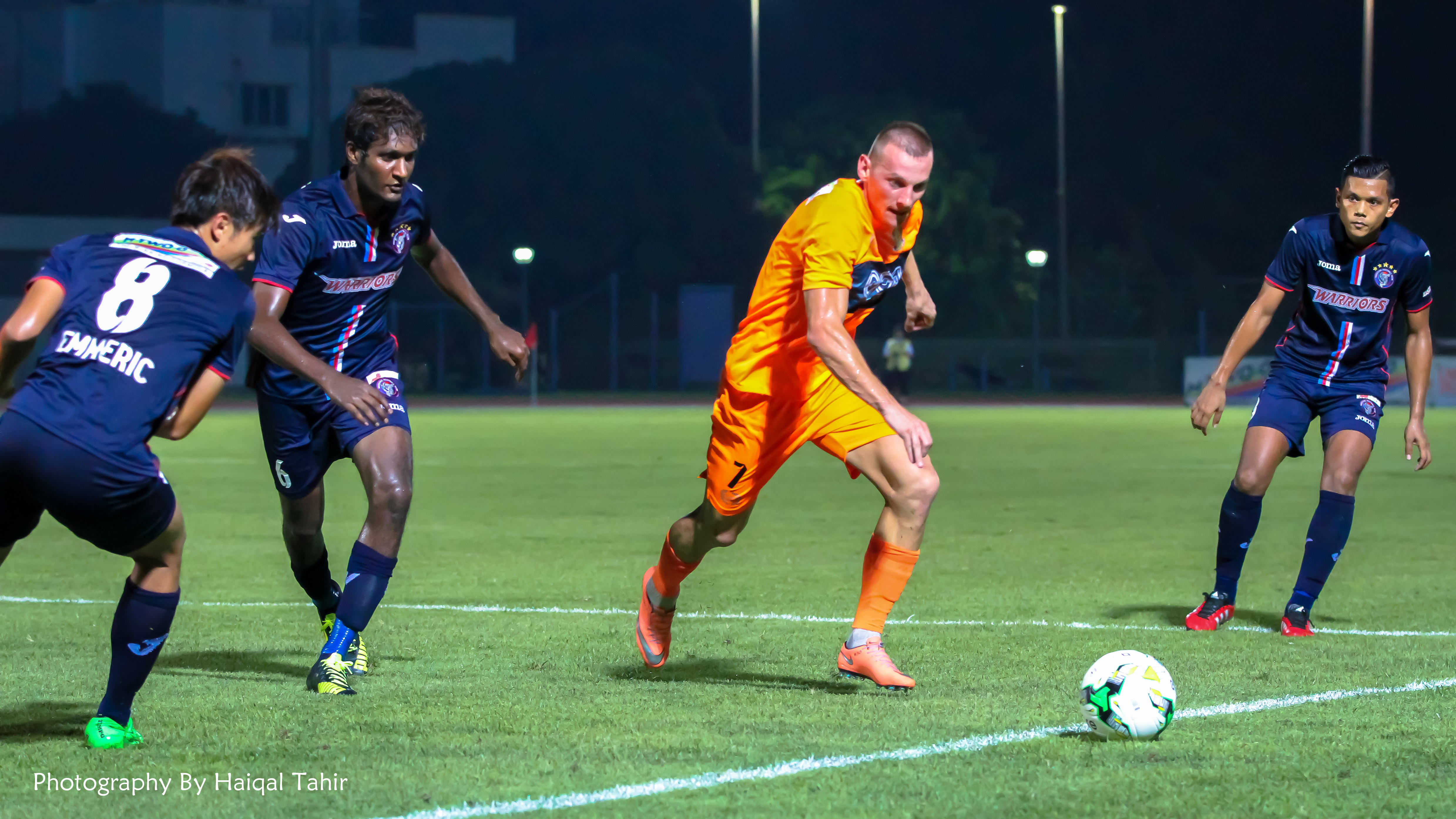 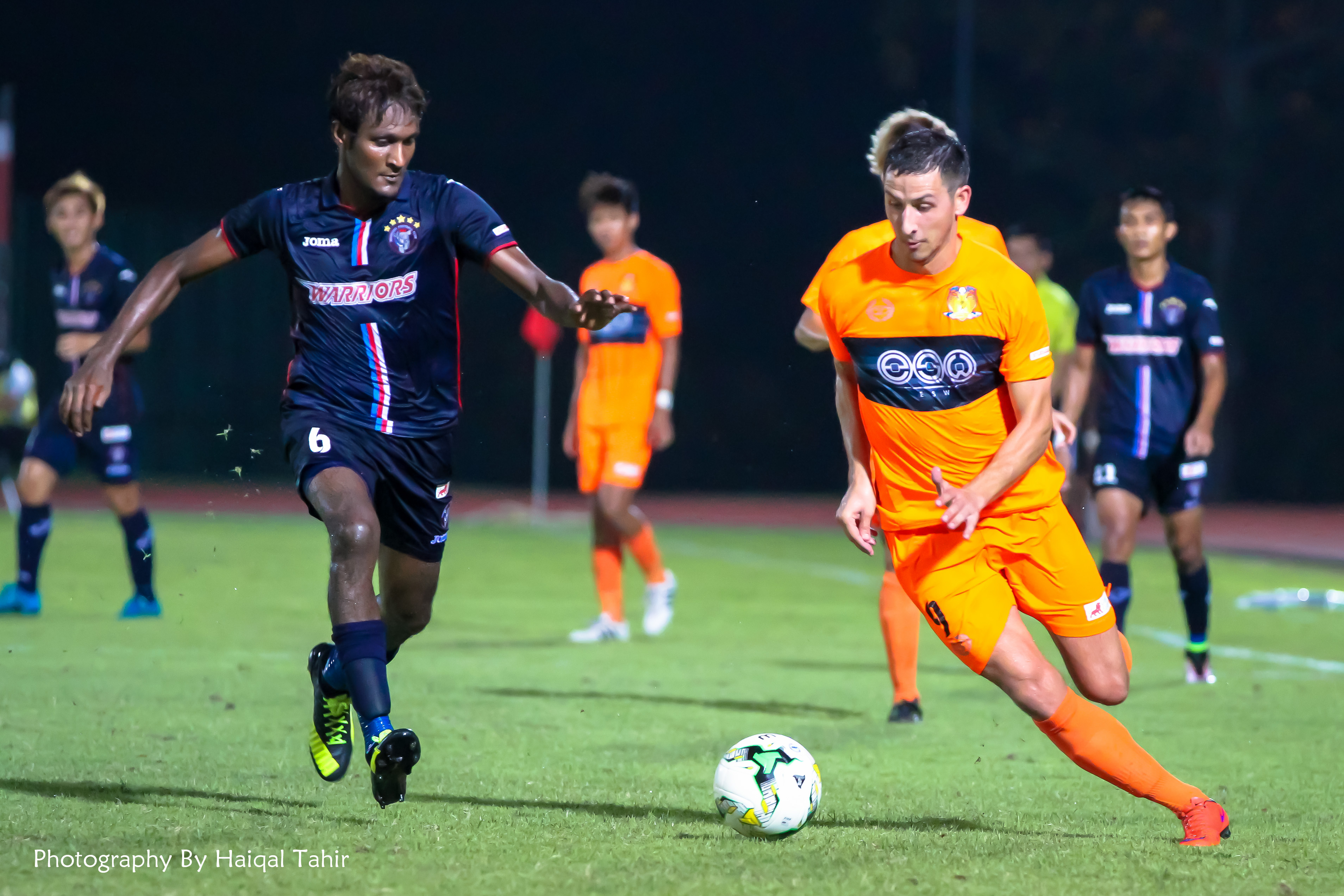 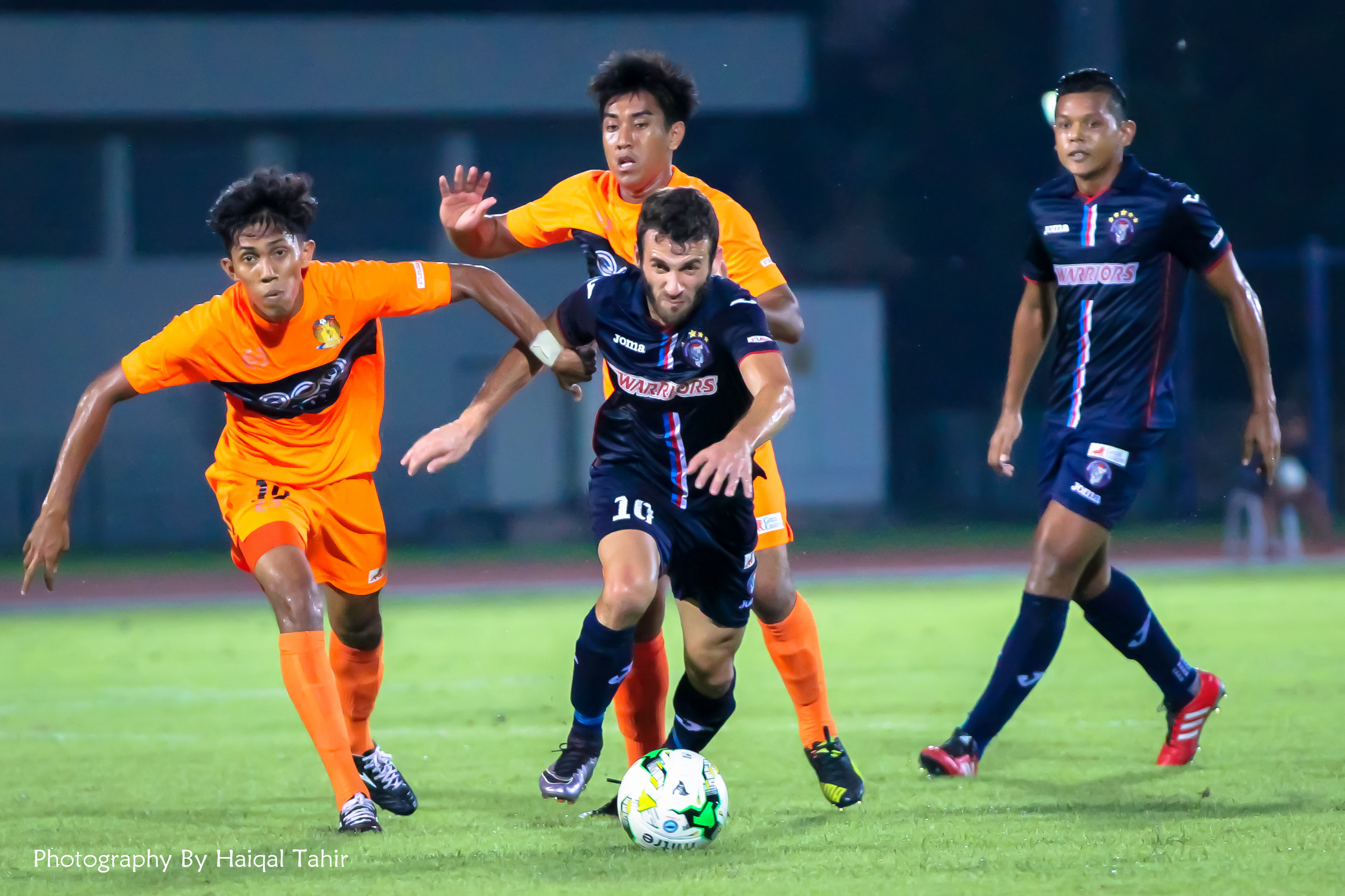 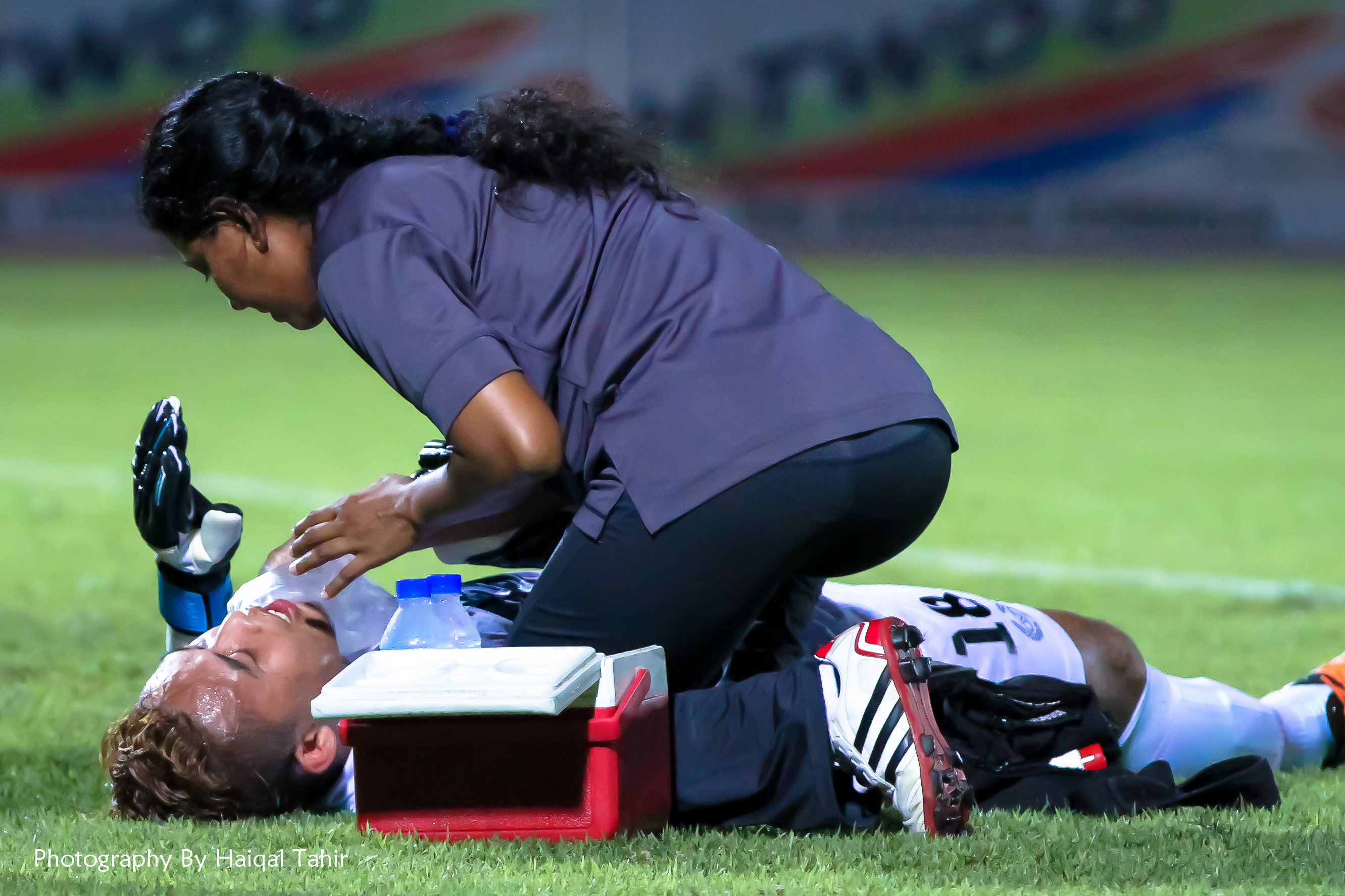 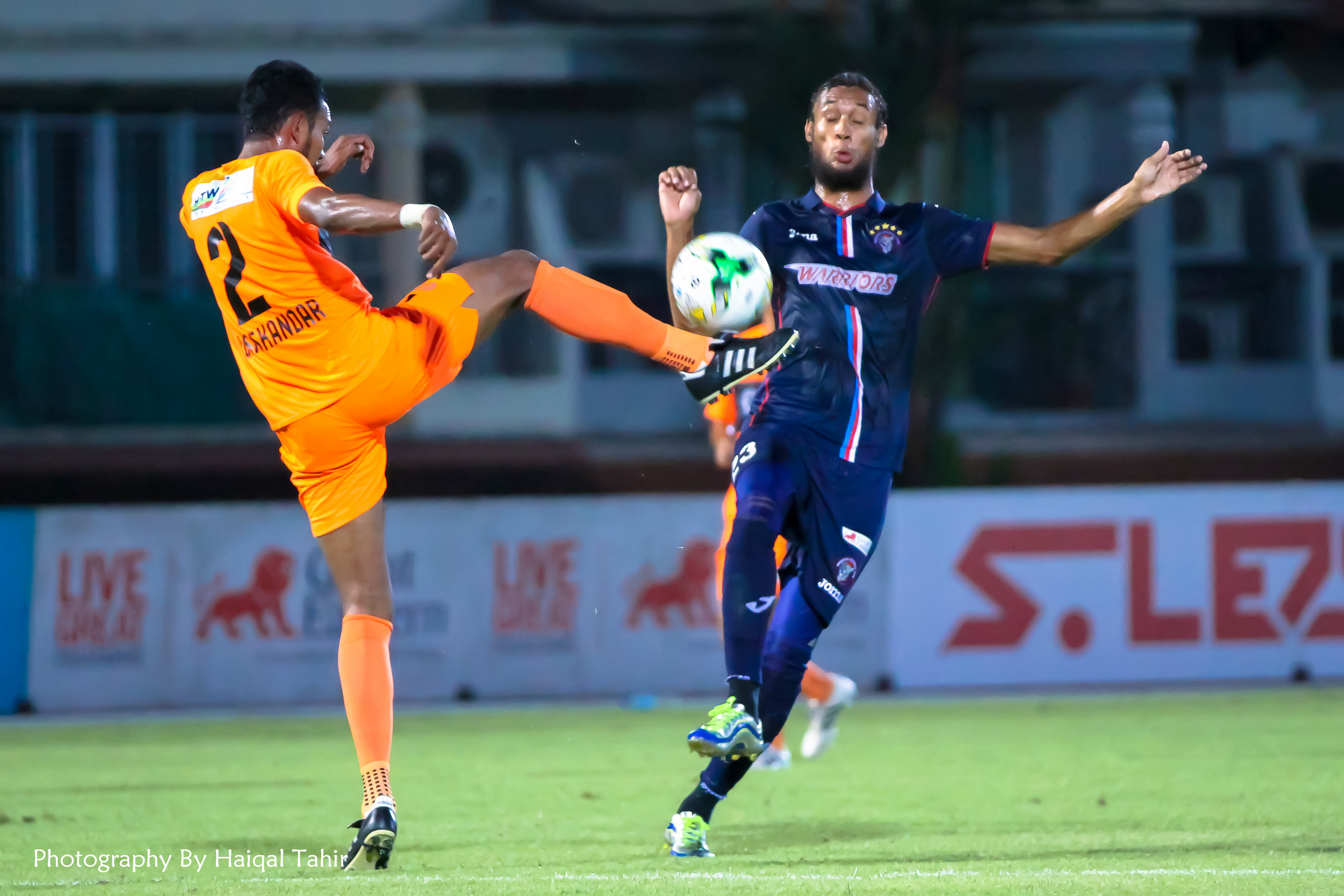 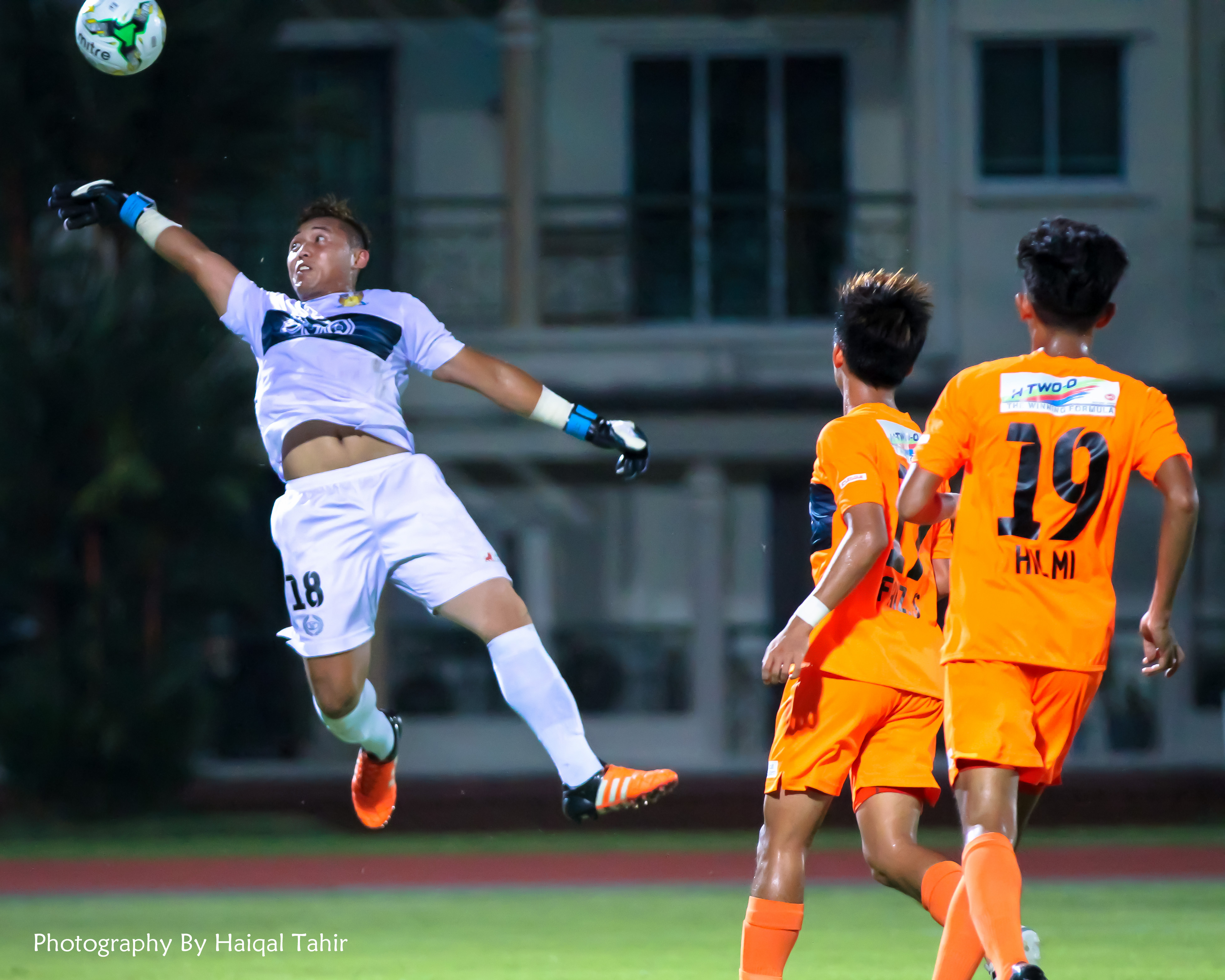 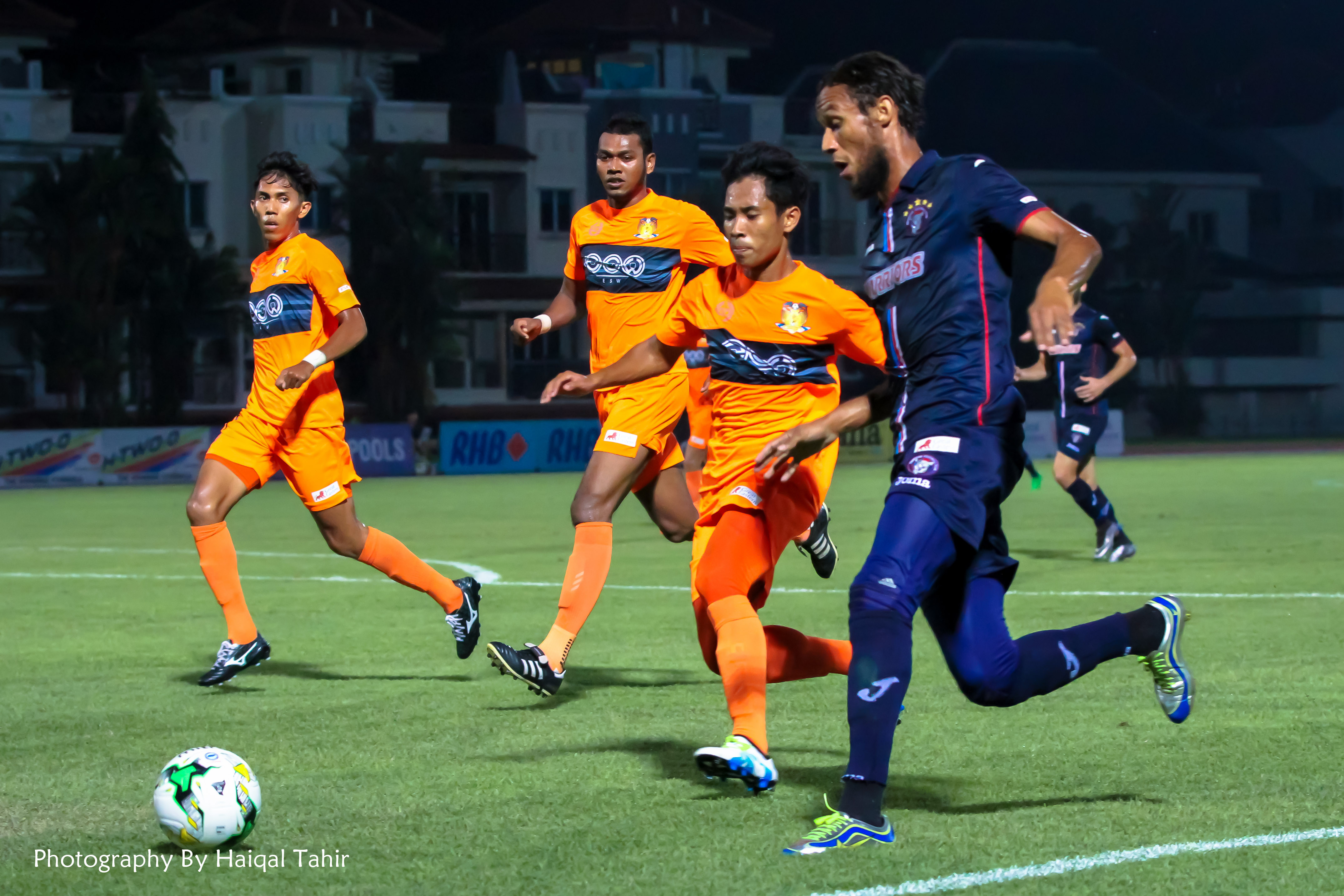 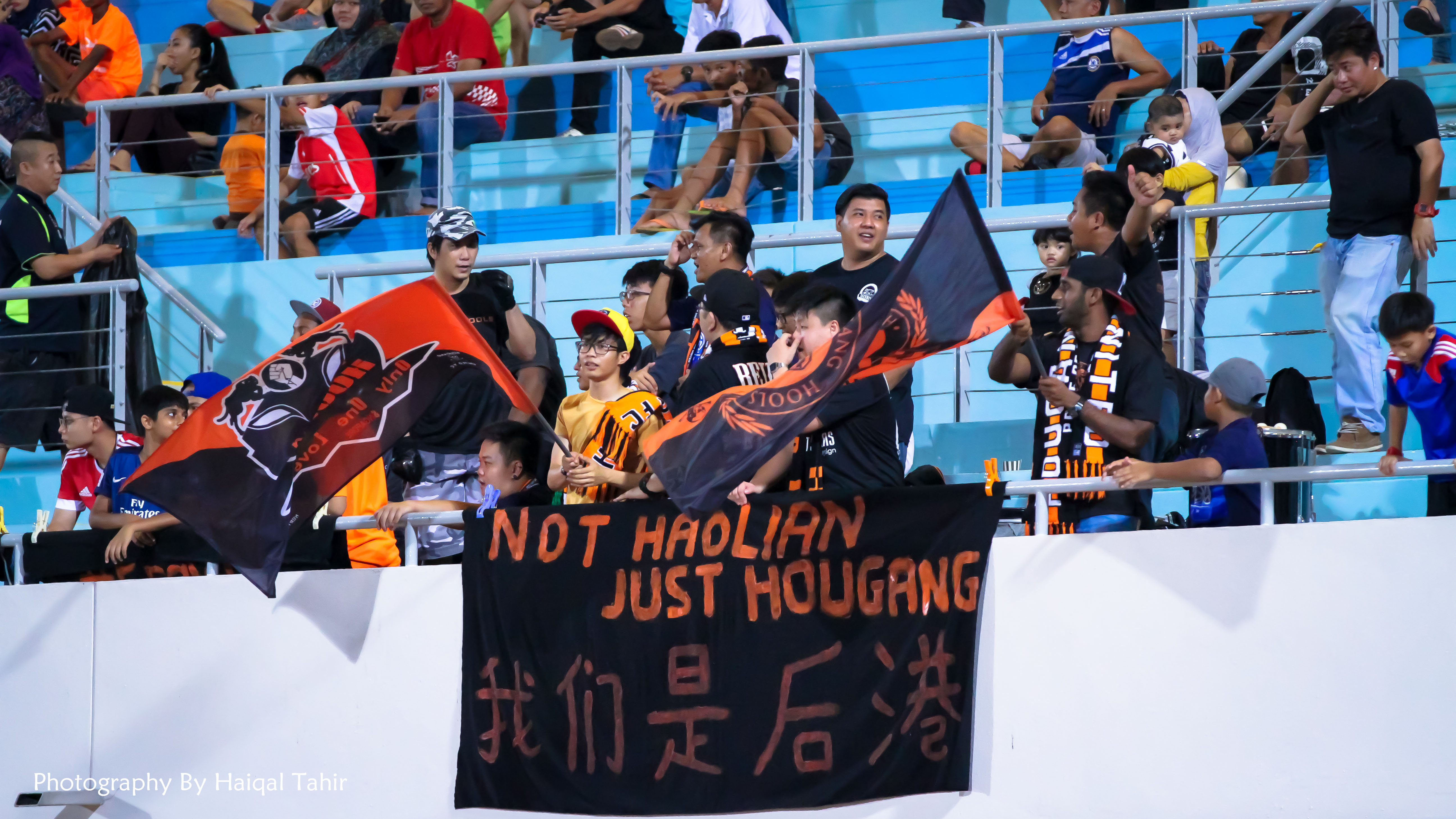 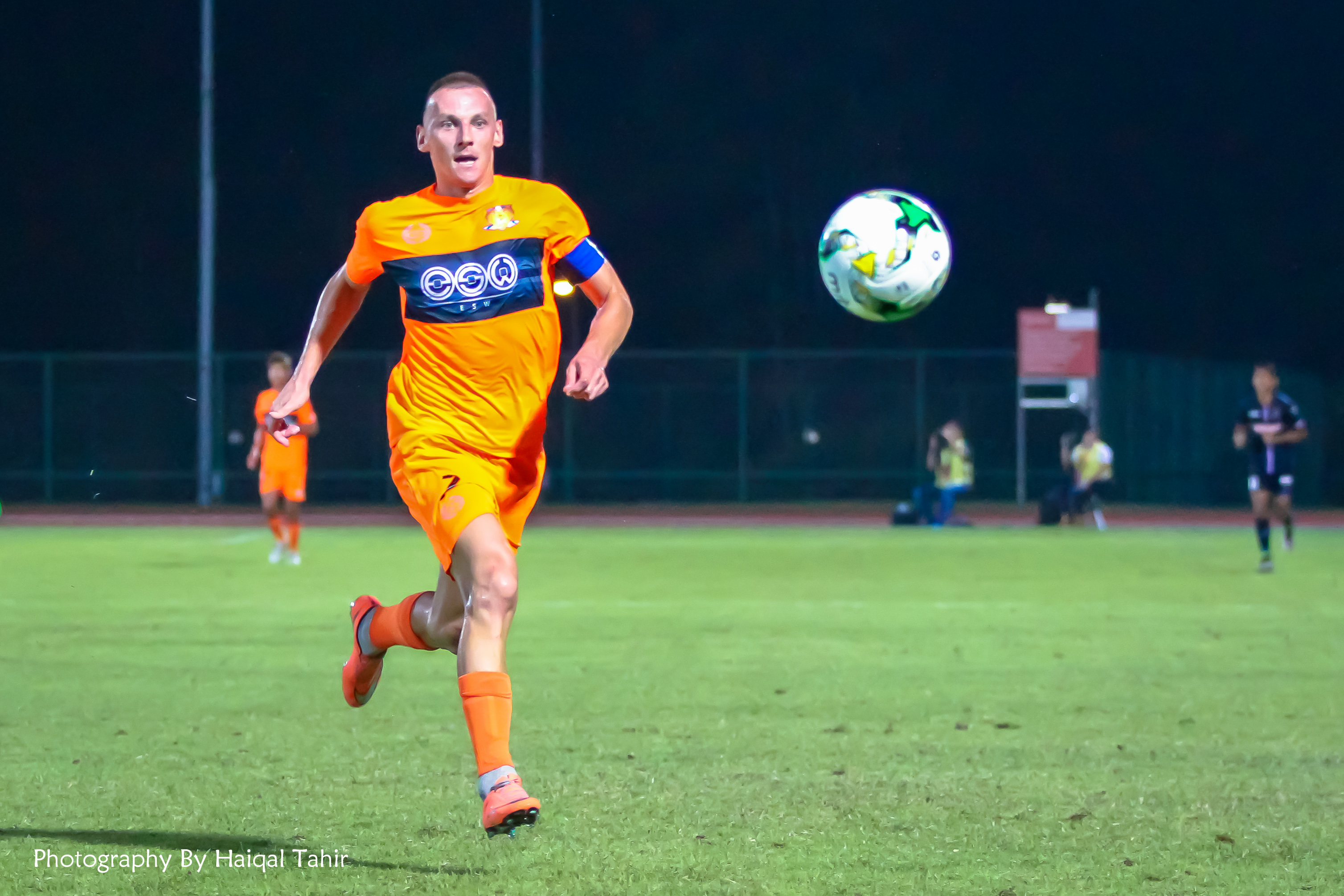 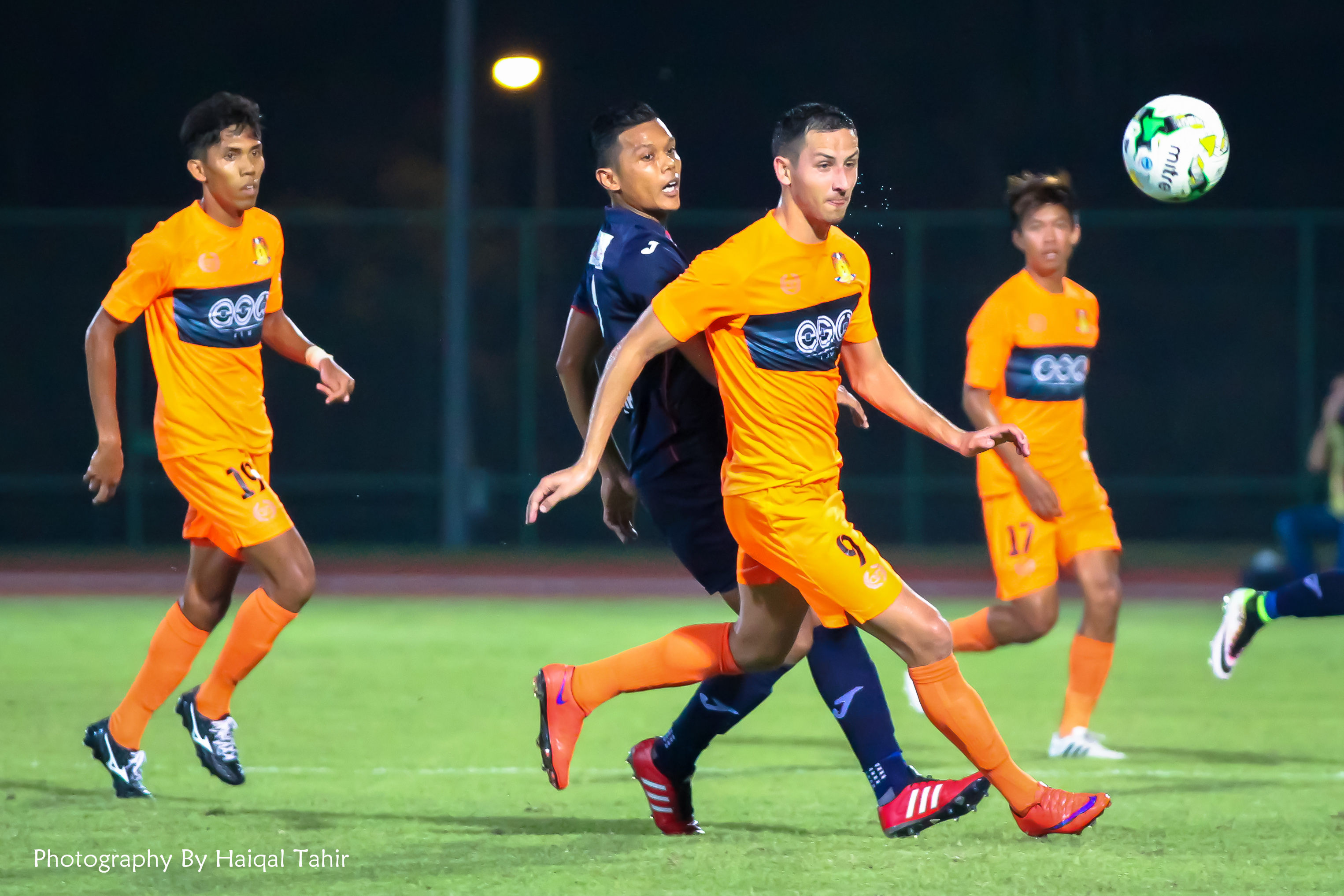 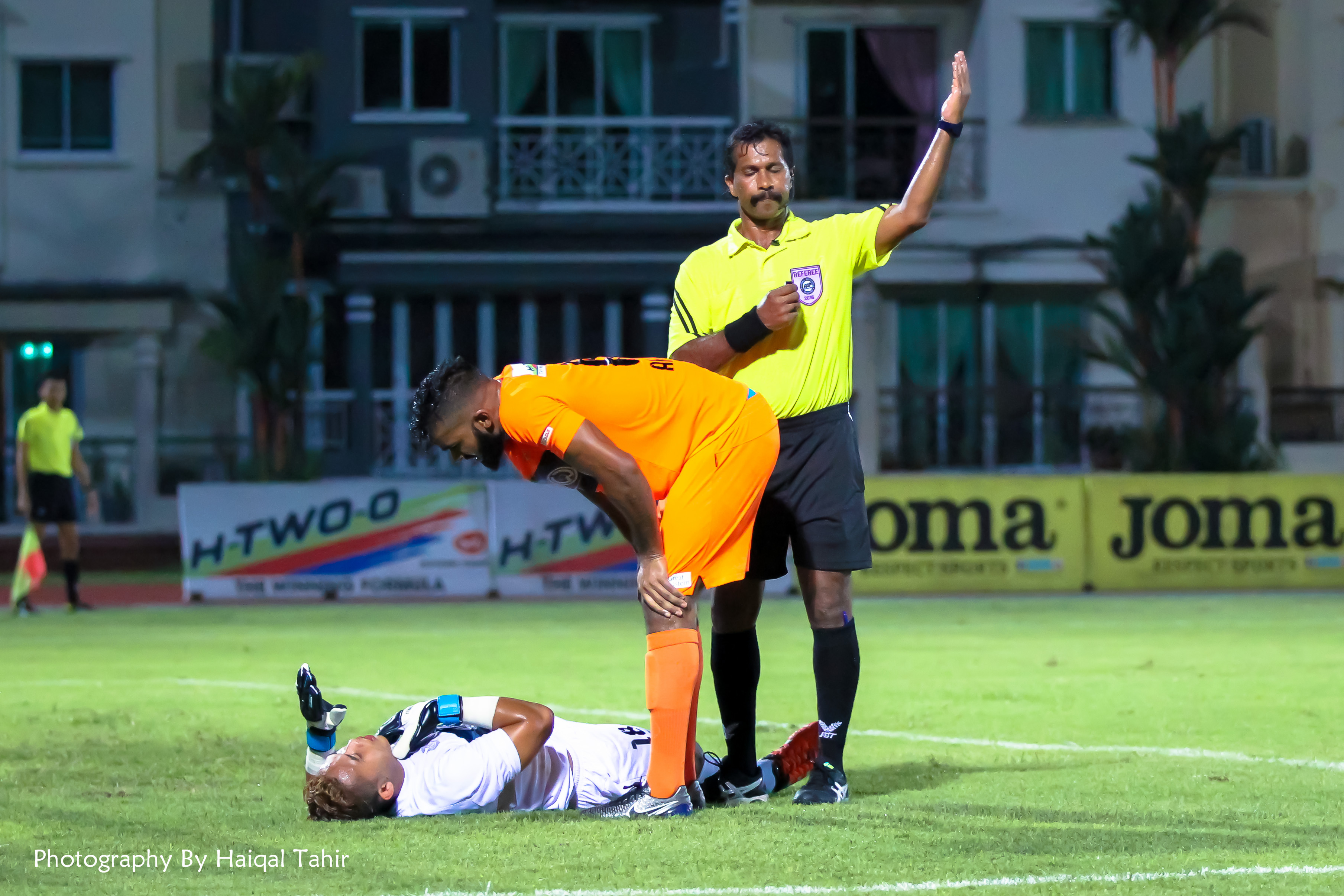 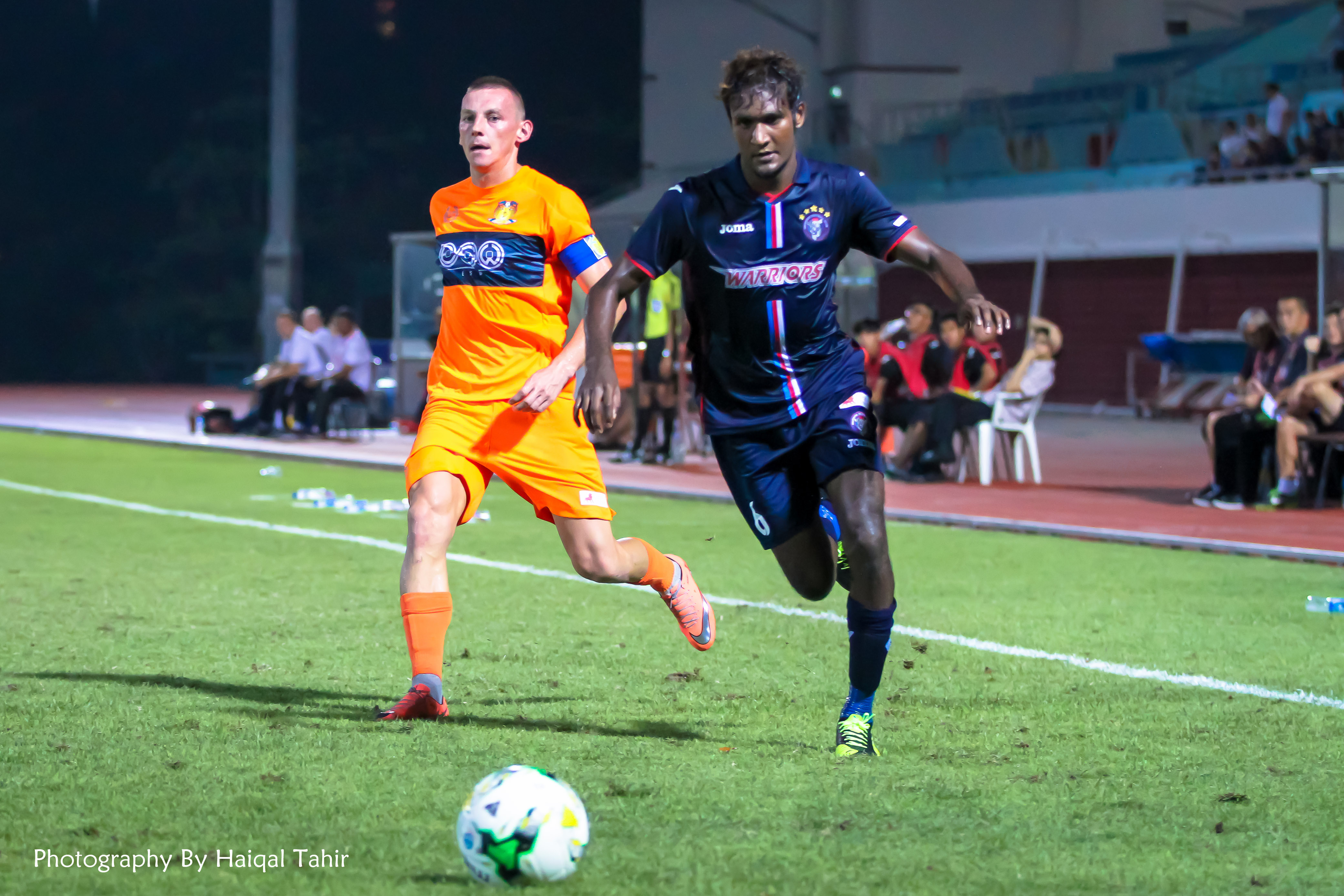 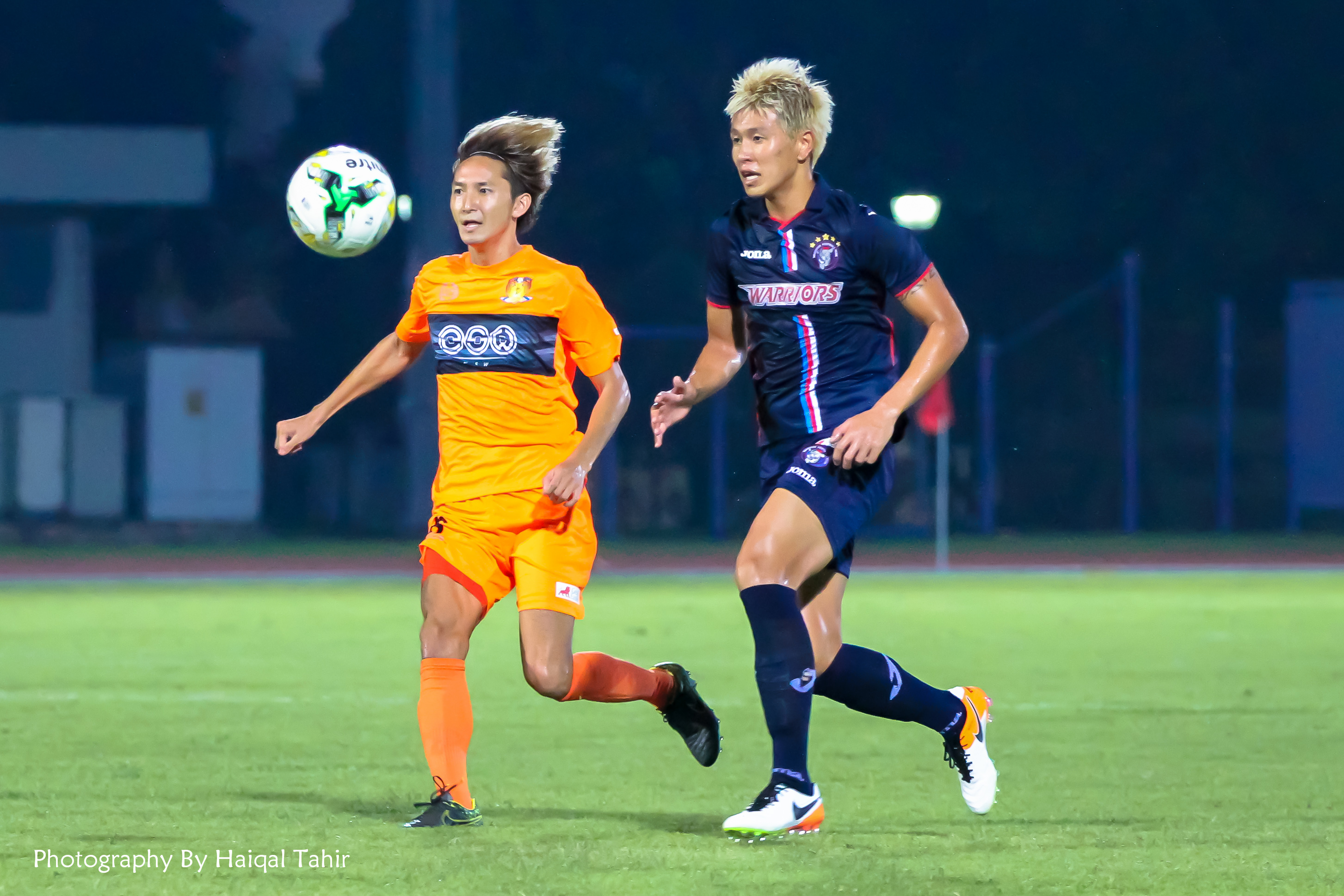 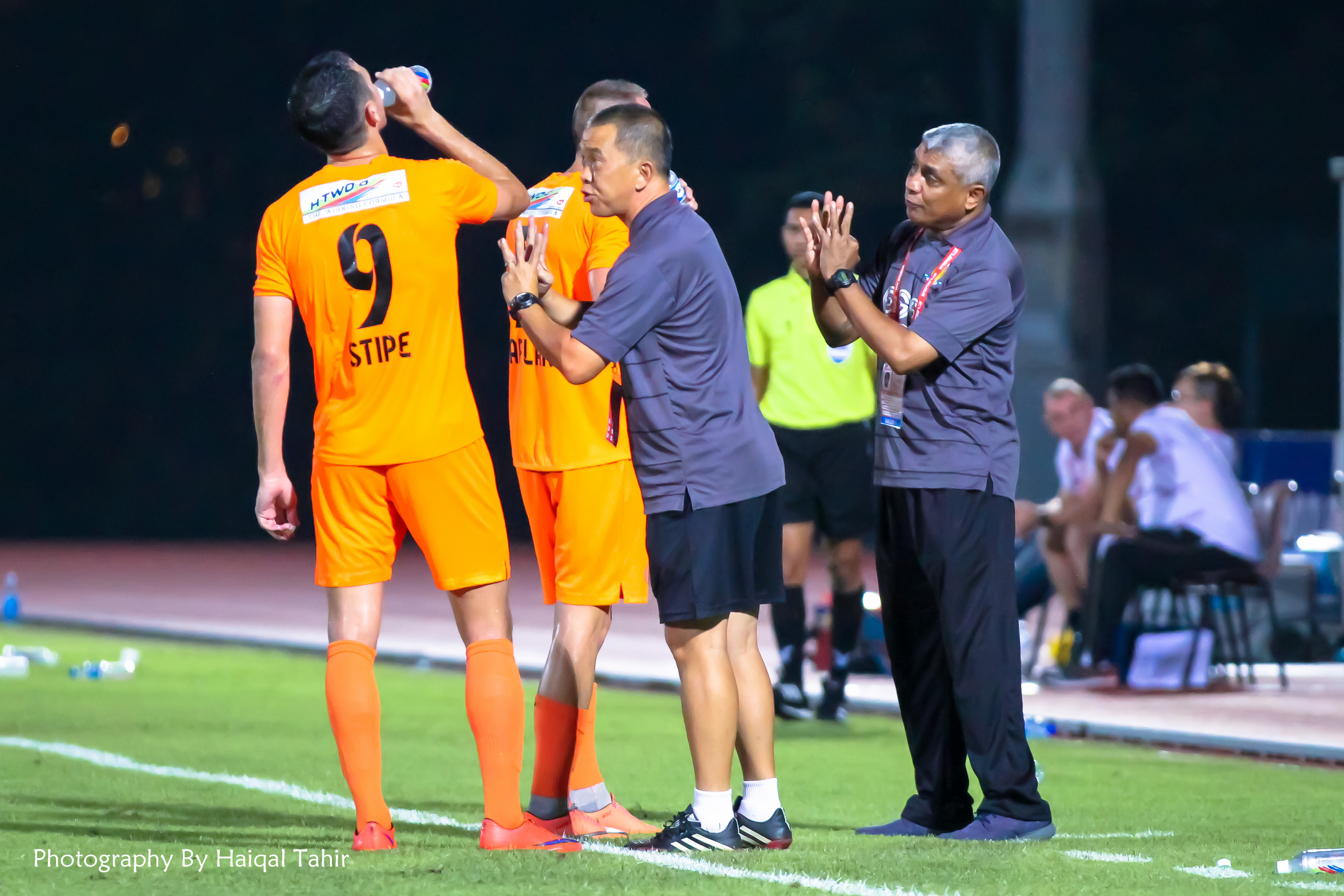 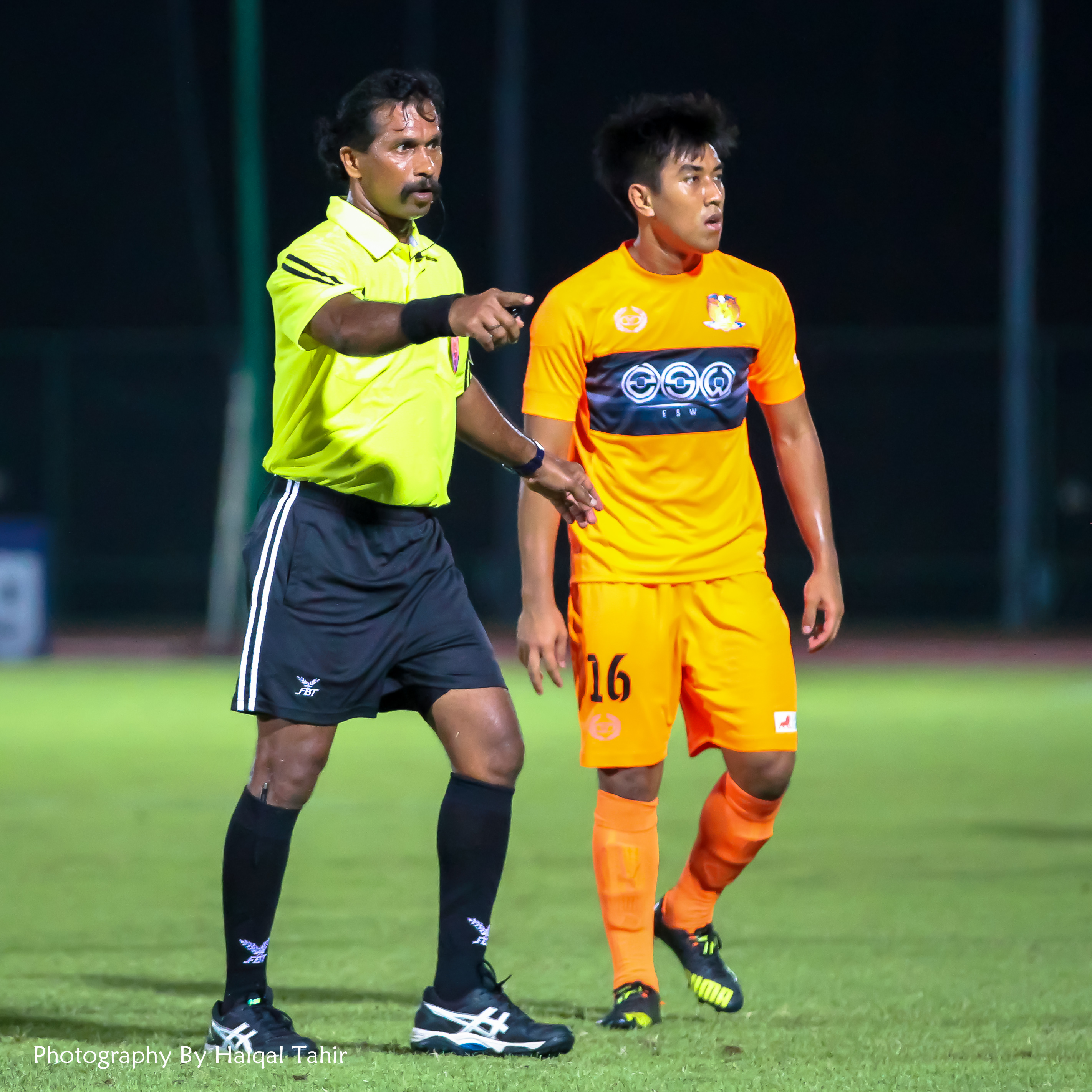 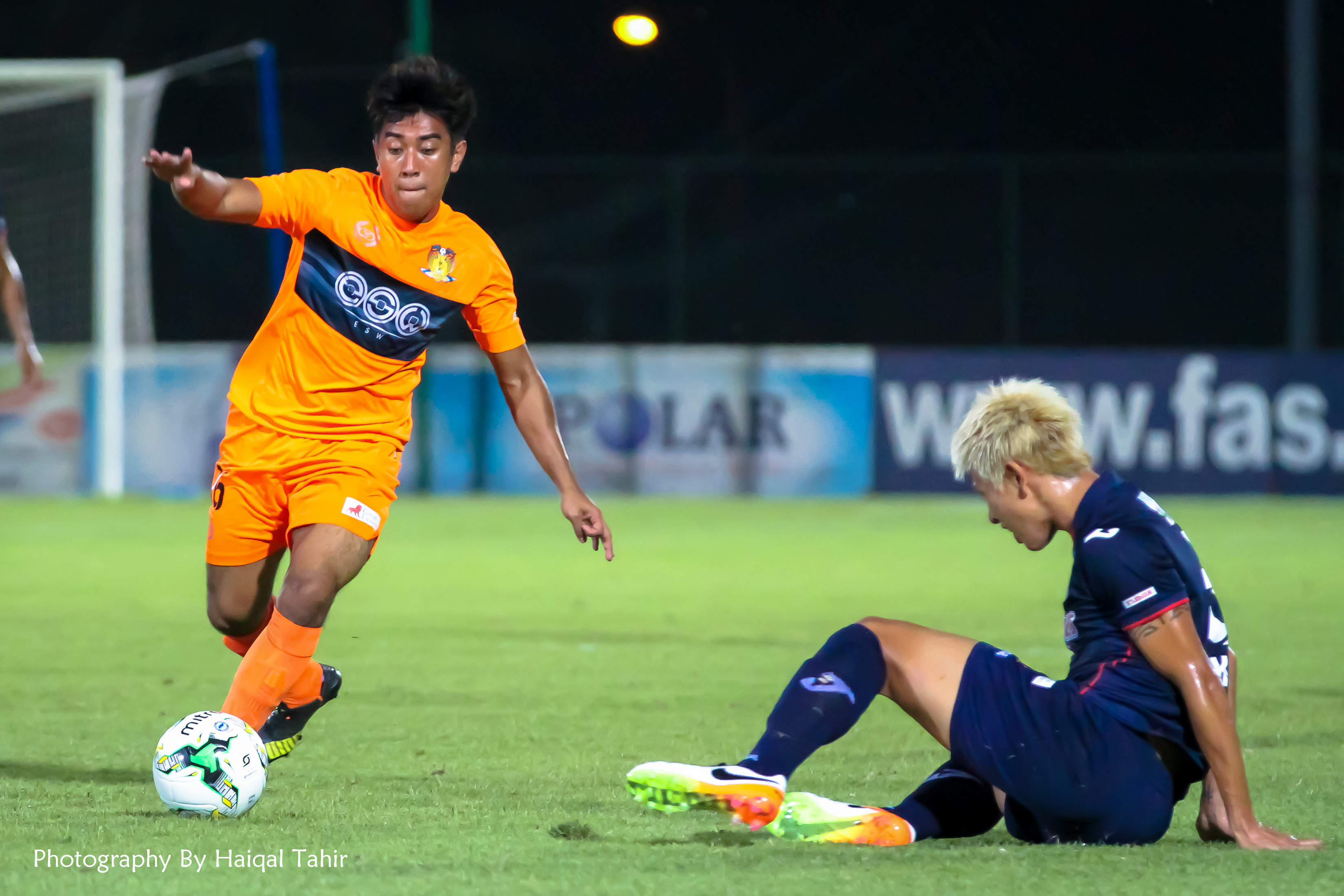 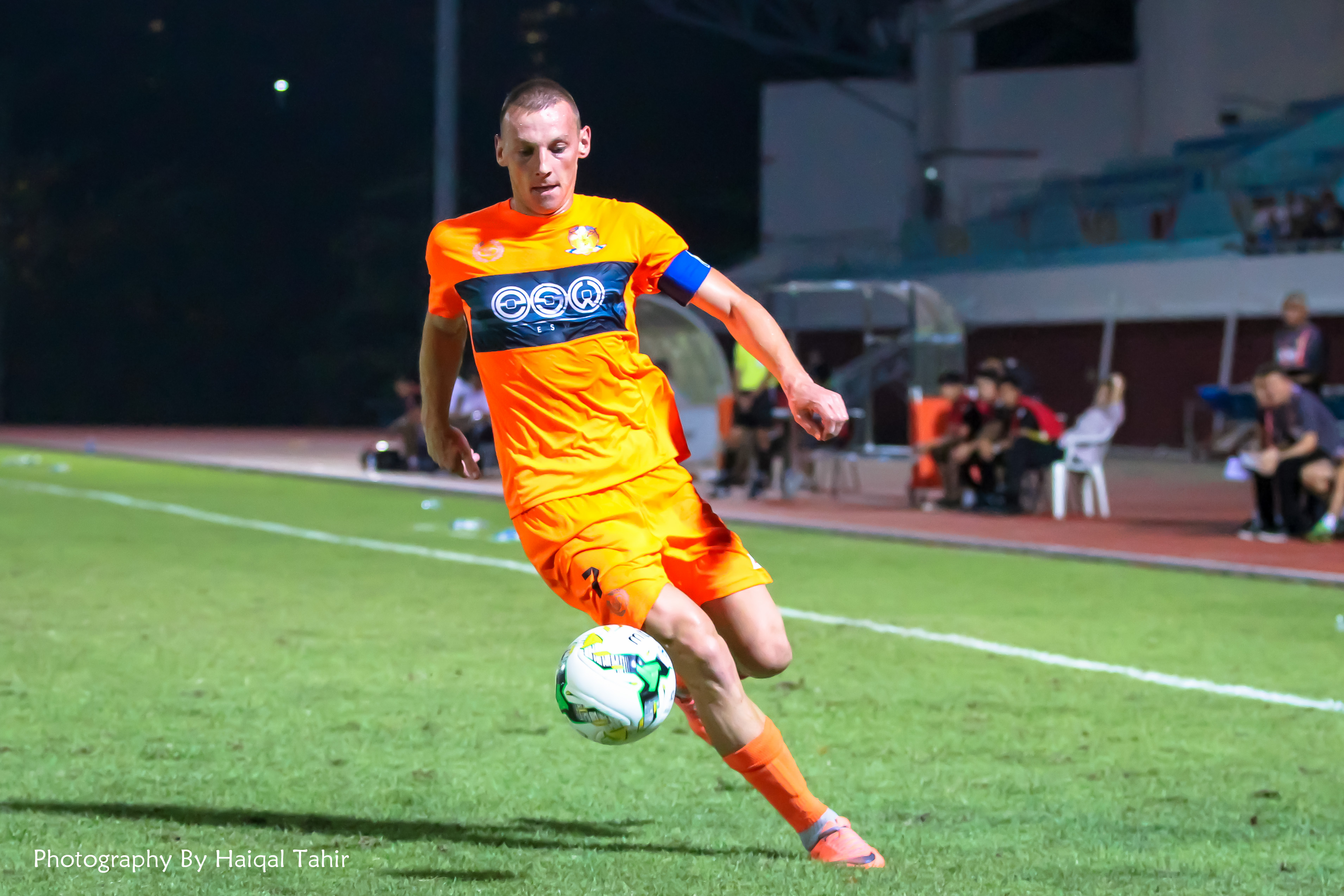 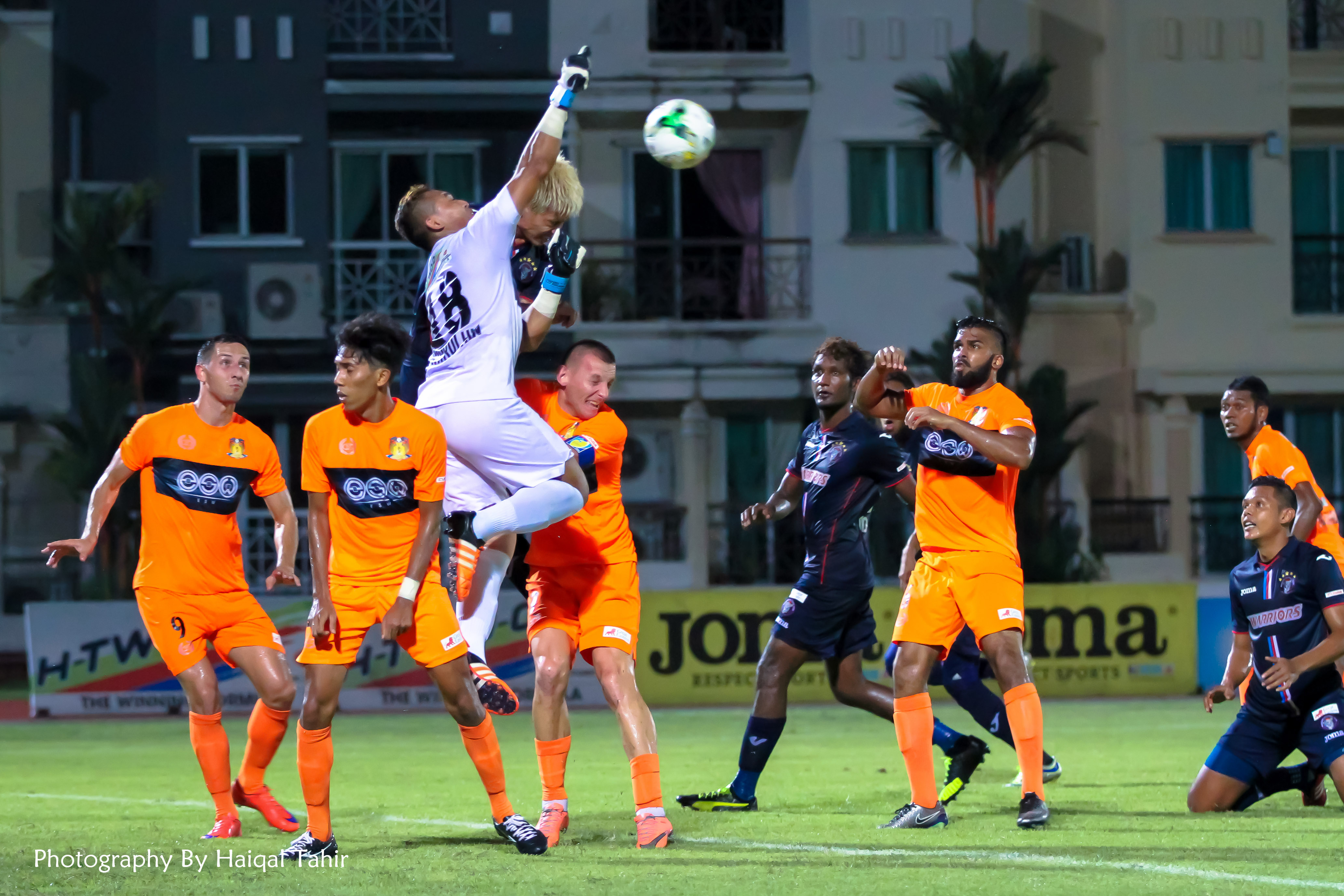 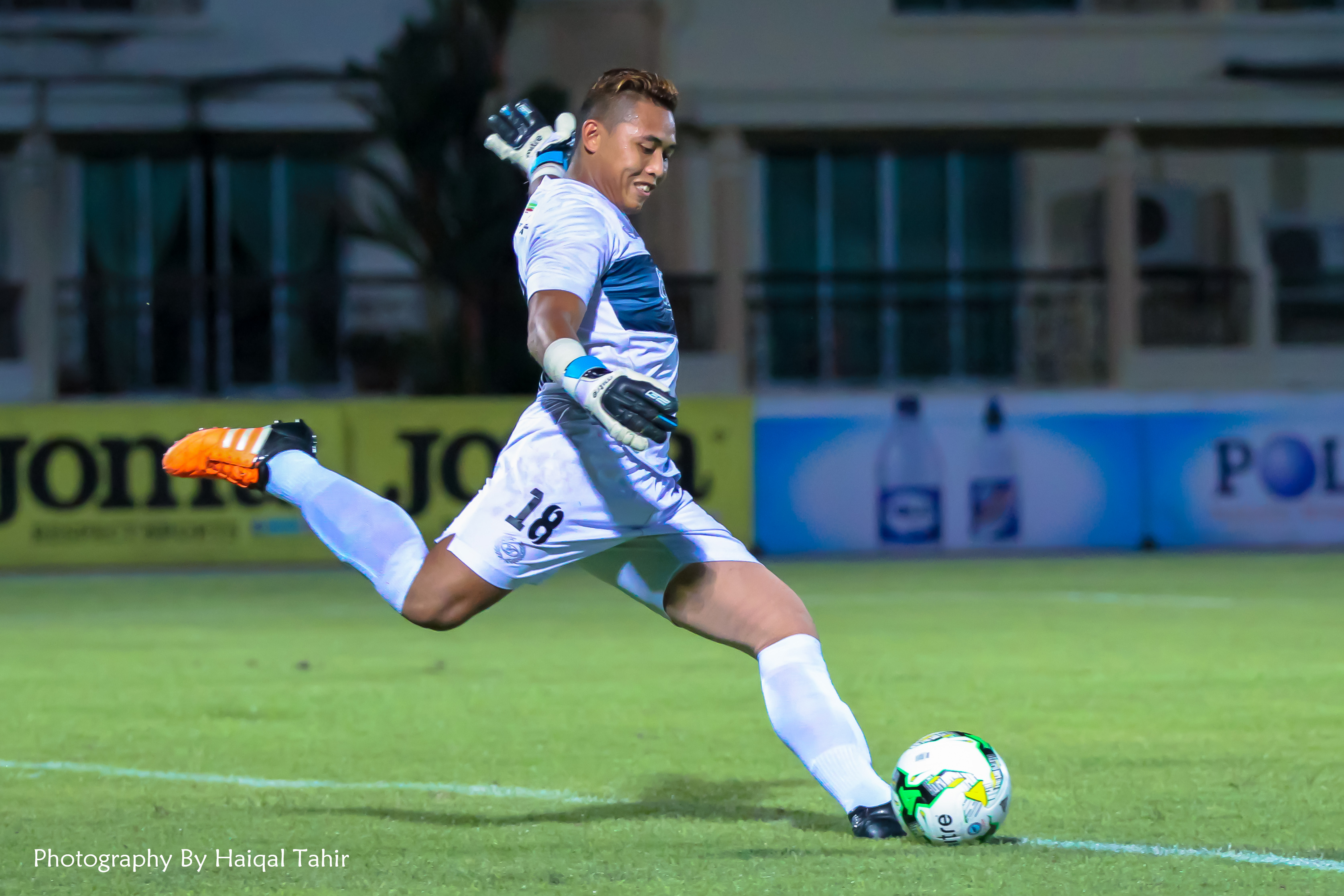 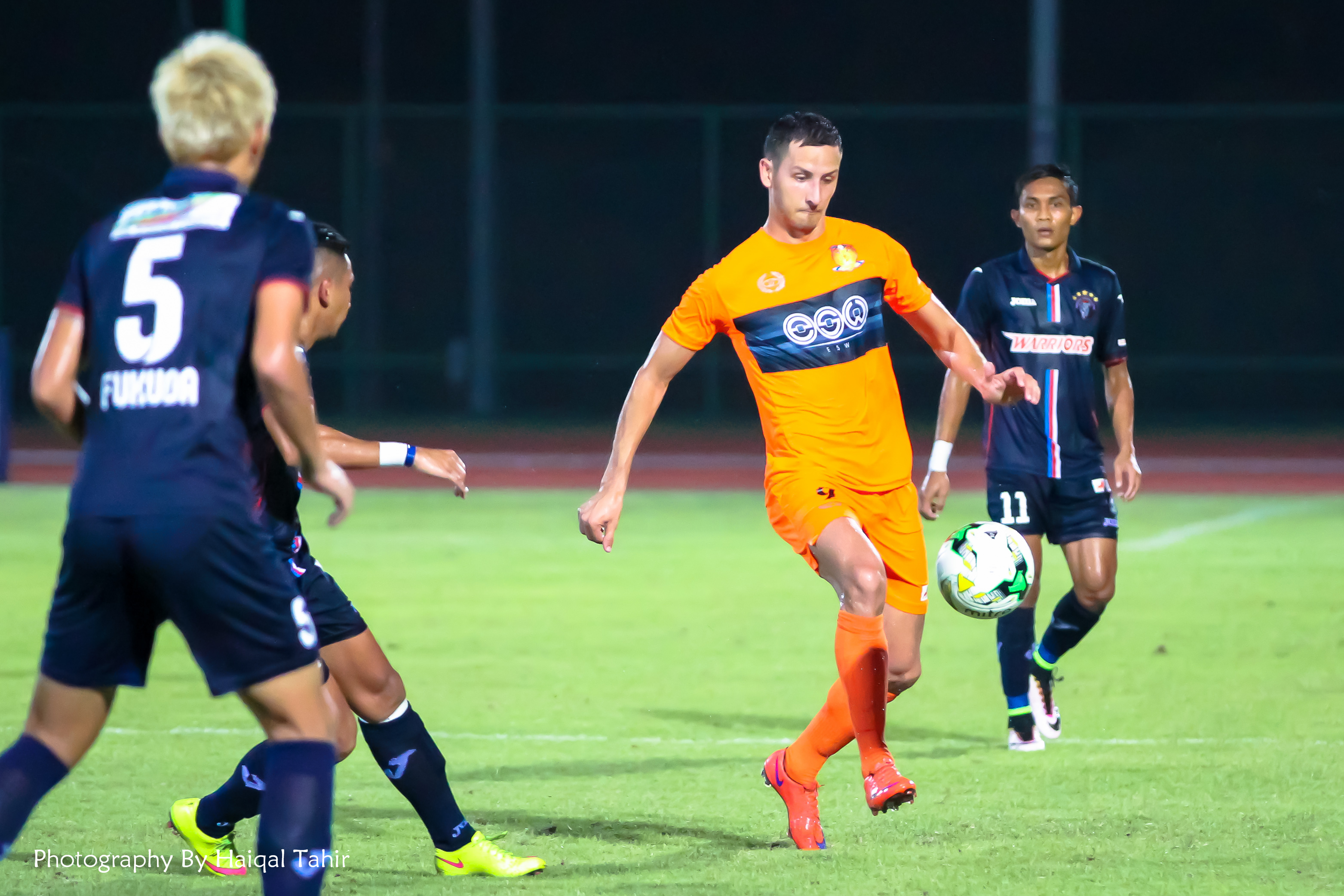